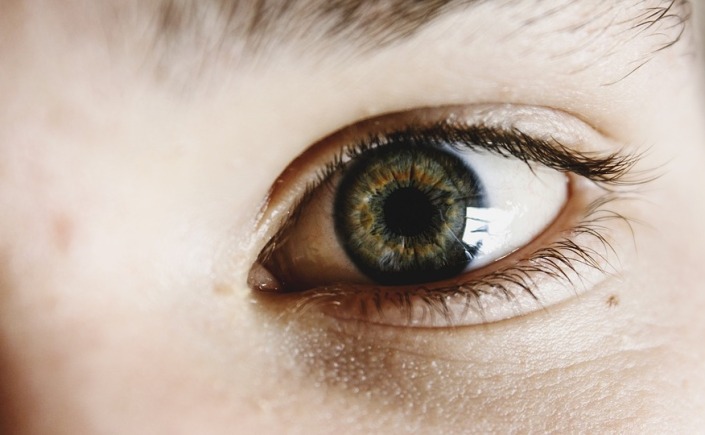 I was first exposed to pornography at 10 years old in the form of a magazine.  I had no idea what pornography was or what sex was.  All I know was that there was an amazing rush of strong feelings when I looked at it and that I wanted to feel that feeling again and again.  Heart rushing, skin flushed, head spinning, it was a drug high for sure.  I started masturbating at the same time too.  I remember remarking on how odd that was to my counselor one day (given the fact that I knew nothing about sexuality) and he simply replied, “No, that’s not surprising at all.  That’s completely normal.”  Normal, and quite addicting apparently.

Within a few weeks I’d read and re-read the magazine and couldn’t get the same high anymore.  But finally a new one came and it started up again, but quickly faded.  Eventually I began to fantasize and make up situations in my mind to get the high back — this would become one of the hardest things for me to overcome, but I’ll come back to that in a future post.

Several months in I was caught by my parents. Oh the absolute fear of that moment!  What would they think?  What would they say?  What would they do?  Not enough as it turns out.  I got a lecture from my parents.  My grandfather spoke to me about it.  The message was a simple, “You shouldn’t do that.  That’s not right.”  For my 10 year old brain, all I could think was, “If it wasn’t right, then why is it in the house?  If it isn’t right, why do YOU look at it?”  Thus began my many years of lying.  “Okay, I won’t look at it again.”  I didn’t mention my masturbation and they didn’t ask.  They hid the magazines and in 2 days I had found their new location and I was back on track again.

A note about this incident.  For many years, as I would struggle with my addiction, I would often go back to this “catalyst” moment.  I would view it with anger, frustration, and resentment.  “Why oh, why did I view it?”  “Why didn’t I listen to my parents when they said no?”  “Why on EARTH did they have it in our house?”  “Why did they continue to allow the delivery of the magazine after they caught me?”  “Why didn’t they talk to me about it more?”  “Why couldn’t they help me with my problem?”  “Why wasn’t I brave enough to tell them that I had a problem?”

I will share this in more detail in the future, but suffice it to say, it doesn’t matter.  I love my parents.  I’ve forgiven them.  I’ve forgiven my grandfather.  I’ve forgiven myself.  God has forgiven all.  I feel free and am grateful to be free.  I don’t know what would have happened if circumstances would have been different.  Chances are I would have just found it somewhere else and been hooked anyway.  This was my journey to take and now that I have taken it I would not trade it for anything.  If I could wave a magic wand and change anything I think it would only be to remove any harm I have caused my wife.  But I also believe that God can heal her and one day it won’t matter to her either (she says it doesn’t and she is fine — I should probably accept that but I struggle with that still.  As you’ll see, I still have things to work on too!).  I am grateful to know God better than I ever have and to have the opportunity to help others in a way that I wouldn’t be able to without this experience.

I’ll fast forward to the end of my teen years when I had a tipping point occur.  Suffice it to say that I was fairly addicted within a few short years.  I sought it out at the stores, I stole it sometimes, I shared with friends, I learned how to “tune in” blocked TV stations and view R movies with nudity, etc, etc.  You get the idea.  It pretty much owned me and I just wanted more.

Then I turned 16 years old and started to date girls.  I had a fairly normal dating experience.  One day I was dating a girl that my parents didn’t particularly care for and (in their great wisdom!) they decided instead of trying to forbid me from dating her, they requested that I spend more time studying my scriptures each day (30 minutes every day after school) in order to be able to go out with her on the weekends.  This was the first time I really committed to spending time in the scriptures on a regular basis.  We went to church on Sundays, had youth night during the week, I was active in Scouts, etc.  Fairly normal stuff where I grew up.  But reading the scriptures for 30 minutes a day did something to me.  It helped me see things differently.  It gave me hope.  It gave me courage.  It gave me determination.  It gave me purpose.  It gave me confidence.  It didn’t take away my addiction, but it gave me a power I’d never had before.  I realized that I could not keep viewing pornography and masturbating if I wanted to live the life I had been taught (and I did want to live the life I had been taught, no one was making me).  So I started to actively work on quitting for the first time in my life.  No one caught me.  No one made me do it.  This was my own choice.  That, of course, made all of the difference.

This was my first personal experience of actively working on stopping my addiction.  I didn’t think of it as an addiction at the time.  I just thought of it as a bad habit and something I shouldn’t do.

I will take a short break here to say that I did sit down with my dad in the middle of my attempts to stop, and explain to him what was going on and that I was having a hard time quitting and could he help me.  To his credit he was very calm and listened.  When I was done he thanked me for talking to him about it and agreed that I shouldn’t do it anymore.  Before I say anything else, I just want to say — “That’s the right response!  Way to go dad!”  I’m really thankful he didn’t pile on my guilt stack or make me feel bad or brush it away as nothing.  However, although he got it 90% right, he didn’t know what to do for the last 10% — how to help me.  There was an awkward pause as I waited for him to say more, to help me with grand advice, and then he stood up, hugged me and that was it.  Like I said, I’m super grateful for how my dad handled it, he did great!  Unfortunately, like most parents today, he didn’t know what to do beyond that.  I’ll talk about that later and share what I’ve been able to find on the subject.  To be frank, there isn’t a lot out there besides, “Talk to your kids early and often.  Be supportive, understanding, and DON’T overreact.”  I hope I can build a community of supporters who can someday add to this topic and help us build a nice library of options for communicating with our children (or future children).

For now, I hope that my story is showing how normal it is to fall into this trap.  I didn’t even have the internet for crying out loud!!  That terrifies me to think what I would have gotten myself into had I had the internet in my pocket all day long.

Keep your chin up, you are worth saving!  You can beat this.  You are not alone.  Do not be ashamed.  We are sick and there is a treatment.  You can feel freedom again and it is sweet as can be!

Thanks,
My name is Mike